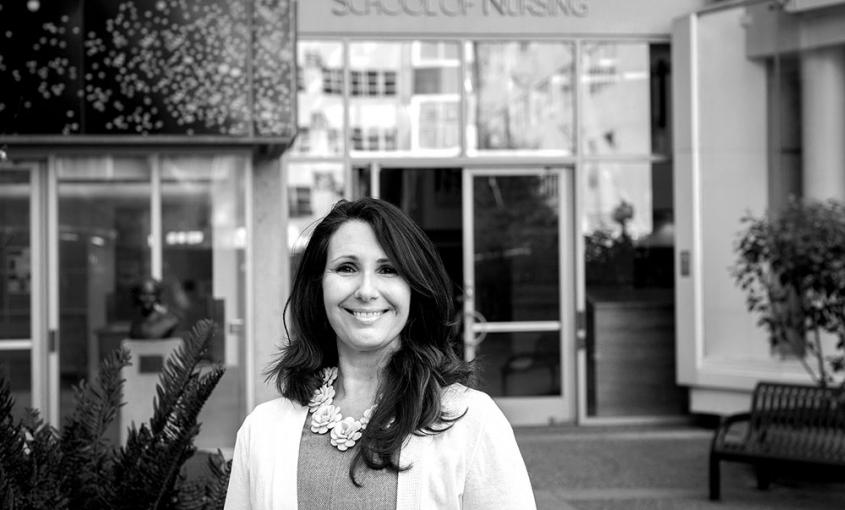 Gina Intinarelli never loses sight of her nursing roots. “If I come back to what’s best for the patient,” she says, “I can always make a good decision.”

In today’s evolving health care environment, launching interventions that integrate services, produce positive health outcomes, and control costs is a vital assignment. Intinarelli’s to-do list stretches from coordinating extended care for Medicare patients with new hips and knees to rolling out an automated phone program that checks on the wellbeing of freshly discharged patients as it frees up busy nurses’ time. 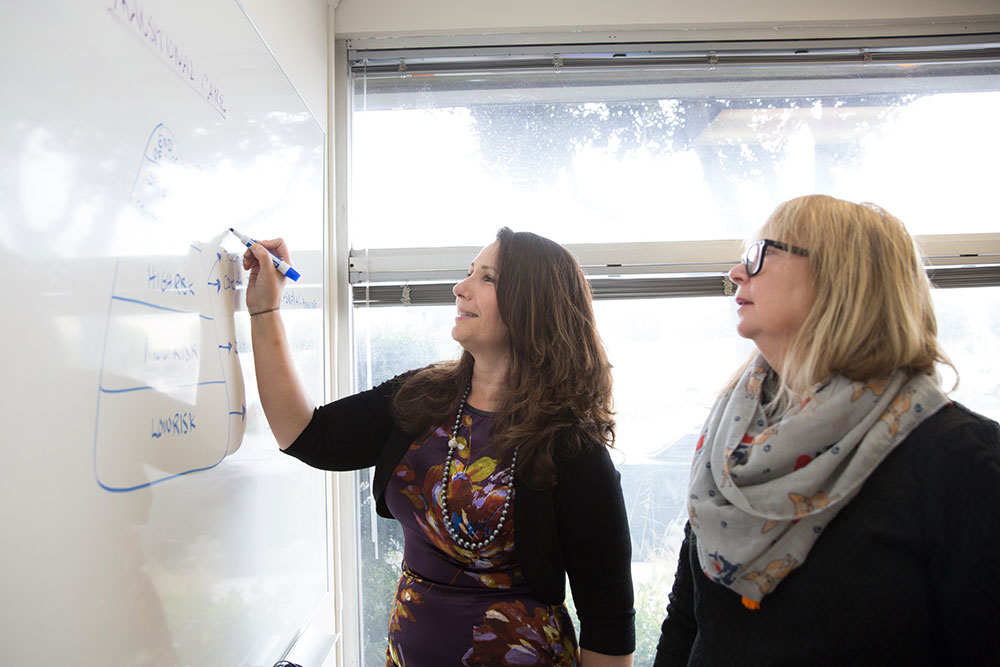 “If I come back to what’s best for the patient, I can always make a good decision." — Gina Intinarelli, MS, PhD '13

“You’re constantly learning and trying something new,” says Intinarelli, who arrived at UCSF in 1990 as an East Coast transplant and recently minted ICU nurse. She was also the first in her large family to go to college.

“The bedside work was so incredible,” she says of the cardiothoracic surgery patients she cared for. “Frequently the patient gets better before your eyes.”

One day, she discovered that a patient who had recently recovered from a massive heart attack had resumed his three pack-a-day smoking habit. Seeing the relapse as a failure of the health system and not the patient himself, she started a hospital based smoking cessation program.

“I learned what it means to be a nurse activist,” Intinarelli recalls. Joining a group called Nightingales Nurses, she bought single shares in tobacco companies to earn herself the right to attend shareholders’ meetings, where she talks about the hazards of tobacco. At such a meeting last year, she got Walt Disney Company CEO Robert Iger to agree to ban images of smoking in films oriented to young people.

Above all, Intinarelli says, UCSF’s policy training empowered her to view health issues broadly and create solutions for entire patient populations. “It’s about the ability to zoom out and see the big picture and zoom in again to move programs along.”

This story first published on the UCSF Alumni website.