Forty years ago, the UC San Francisco (UCSF) nurse-midwifery service began at San Francisco General Hospital (SFGH). At that time, housed within the School of Medicine’s Department of Obstetrics, Gynecology and Reproductive Sciences at SFGH, the program put Certified Nurse-Midwifes (CNMs) together with medical faculty, providing one of the early opportunities for interprofessional education and clinical collaboration. In the late eighties, the SFGH certificate program partnered with the UCSF School of Nursing to offer a master’s of science degree in nursing, which was co-housed in the schools of medicine and nursing until 2011, when it was moved to the School of Nursing’s Department of Family Health Care Nursing (FHCN). To celebrate four-decades of rich history, the School of Nursing takes a look at highlights of our Nurse-Midwifery program including its integral and deep connection with SFGH.

Setting the Stage—Midwifery in California

In the early 1970’s, two tenacious leaders (Susan Leibel, CNM, and Rosemary Mann, PhD, CNM) who were certified by the American College of Nurse Midwives, worked tirelessly with the California legislature to create a mechanism for midwifery licensure in the state. By 1974, due in large part to their efforts, the initial statute enabling licensure of nurse midwives in California was passed. Two years later, California issued the first nurse-midwifery licenses, and three years following, established the Nurse-Midwifery Advisory Committee of the Board of Registered Nursing (BRN). 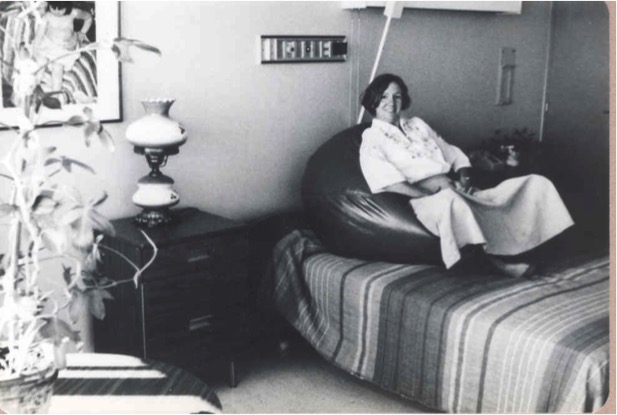 Partnership with the General

Prior to the formal nurse-midwifery program, there were 30 – 50 births a month and SFGH was not known for its innovation. In 1975 the innovations began—OBs and CNMs worked together to establish the midwifery service, which was the first hospital-based midwifery practice in San Francisco. Shortly after the Alternative Birth Center (ABC) arrived in 1976 at SFGH. Under the direction of Judith Flanagan the ABC moved to the new hospital and was established as a unit physically apart from the SFGH Labor and Delivery ward. The goal was to provide midwifery care in a more homelike setting. Midwives at SFGH attended births both at the ABC and in the Labor and Delivery ward from the outset—laying the foundation for the integral and deep connection that the UCSF Nurse-Midwifery program possesses to this day.

As part of the nurse-midwife program many improvements to the birthing process were introduced. Just some of these include: provision of continuous labor support, encouragement of family involvement and presence, and provision of childbirth preparation classes, early discharge with a home visit option, as well as the ability to record and photograph deliveries. A few of the early and long-standing supporters were: California Department of Maternal Child Health, San Francisco Foundation, and U.S. Department of Health and Human Services. Without these partners, the program’s ongoing service initiatives would likely not be feasible. Examples of this service include: the nurse-midwifery partnership with Mission Neighborhood Health Center (MNHC) at the Shotwell and Excelsior Clinics that provides prenatal services and the midwifery-initiated SFGH doula program that offers emotional and physical support before, during, and after childbirth. The following are additional UCSF nurse-midwifery innovation highlights: 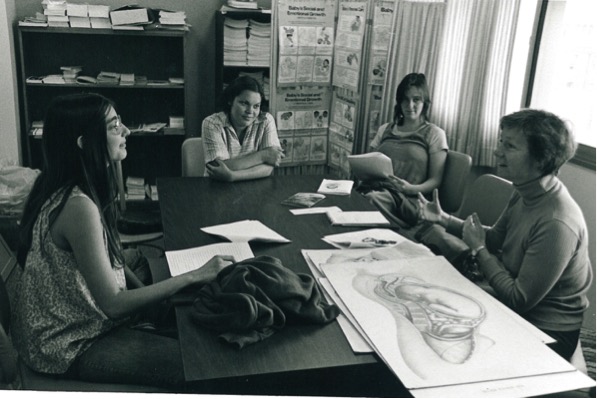 From the outset, midwives have been involved in education of UCSF interns and residents. With the heart and soul of nurse-midwifery planted at SFGH, the General also affords our students immediate and expert clinical practice. The midwifery program continuously held education as a clear goal in establishment of the service. Within five years of the opening of its doors, the program expanded to include a refresher course for nurse-midwives who had been out of clinical practice, and a “certificate grogram for nurses who wanted to become nurse-midwives.

When reviewed at nearly the half-century mark—UCSF School of Nursing and the SFGH Nurse-Midwifery program will undoubtedly continue their stalwart commitment and cutting-edge leadership in both clinical service and educational paradigms. As just one example, the recent volunteer faculty work of Tekoa King reveals the seemingly never-ending potential for advanced nurse midwifery study. Her work with the Shanti Project demonstrates a collaborative and interdisciplinary practice, which provides emotional and practical support for those with life-threatening illness. Throughout the nurse-midwifery program’s evolution, an integral engagement with the hospital environment has proven that emphasis and attention on communication, education, and service improve both the patient experience and outcomes.