Uncovering the Link Between Depression and Chronic Illness 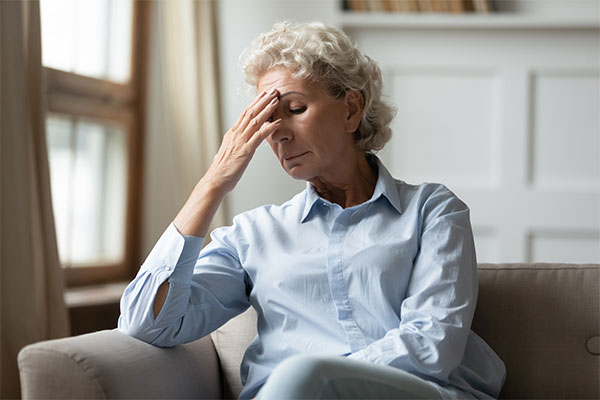 What links depression and chronic illness? Do physiological factors explain the association or could sociodemographic variables, such as age, employment status and marital status, play significant roles?

Researchers at the UCSF School of Nursing are working to deepen our understanding of the factors that can lead to an increased risk for depression.

Does Menopause Play a Role in Depression?

Women are twice as likely as men to develop depression. The risk increases as women age, and menopause is often viewed as the potential trigger. But it’s unclear whether menopause is the cause or if there are other variables, including stress or changes in socio-demographic factors, at play.

In a new research paper, School of Nursing professor emerita Kathryn Lee and Catherine Gilliss, dean of the School, used data collected every six months from their longitudinal study funded by the National Institute of Nursing Research. The study followed over 300 women and measured many aspects of women’s health in the years before menopause. Lee and Gilliss co-authored the publication with their former doctoral students, Holly Jones, now at the University of Cincinnati, and Pamela Minarik at Samuel Merritt University.

“Most of the research on midlife women occurs after menopause, and typically those women are recruited from clinic populations when they are symptomatic,” Lee said. “We wanted a community sample of healthy women before they began experiencing menopause.

“The dilemma is that no one can say exactly when menopause will occur, but it is typically expected that menstrual cycles will stop at around age 50 and it was thought that women of color may experience menopause at an earlier age.”

Read the full story in our Science of Caring publication.