A New Look at an Old Model: Psychedelic Drugs and Patient Care 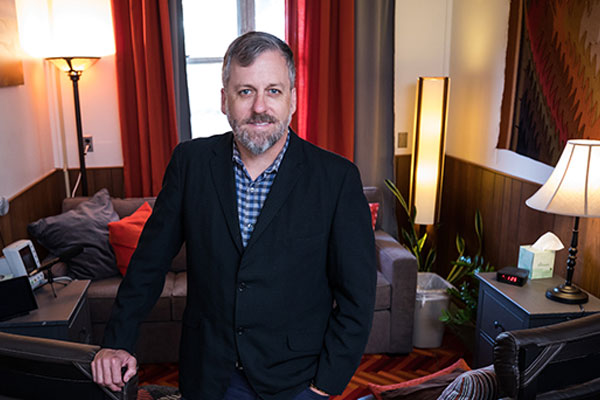 Investigating the therapeutic benefits of psychedelic substances seemed far-fetched 35 years ago. For researchers daring enough to try, the attempt could derail their careers.

Research in psychedelic substances – once outlawed from academic inquiry – has been revived. UCSF School of Nursing associate professor Andrew Penn is exploring the effectiveness of these psychedelics in a “breakthrough” study.

Research on psychedelic drugs was commonplace in the 1950s and 1960s, but dramatically changed when those drugs seeped into America’s youth culture. In response, Congress passed The Controlled Substances Act in 1970. The legislation categorized substances, including psychedelic drugs, into five schedules with Schedule 1 drugs the most difficult to study. Schedule 1 substances, according to the law, have a high potential for abuse, were deemed to have no medical benefit, and were not safe to use – even under medical supervision. When a researcher petitioned to study a Schedule 1 drug, the government often refused.

“It would be career suicide,” Penn said. “The Controlled Substances Act made it so a lot of people in academia moved away from studying this.”

Then in the early 2000s, researchers from Johns Hopkins University received governmental approval to experiment with psychedelics. Their 2006 paper detailing the safe, positive and lasting effects of psilocybin, a psychedelic compound found in certain mushrooms, triggered a research resurgence.

One banned substance is methylenedioxymethamphetamine (MDMA), a synthetic drug that produces “feelings of increased energy, pleasure, emotional warmth, and distorted sensory and time perception,” according to the NIH’s National Institute on Drug Abuse. MDMA is often referred to as ecstasy, but Penn says that “what is sold as ecstasy on the street can be any number of chemicals that may or may not be MDMA.”

Penn is part of a team that will examine the effects of MDMA on people suffering from post-traumatic stress disorder (PTSD) in a study the FDA has termed a “Breakthrough Therapy.” The designation allows the study, sponsored by the Multidisciplinary Association for Psychedelic Studies, to be fast-tracked because of its promising early results.

Read the full story in our Science of Caring publication.