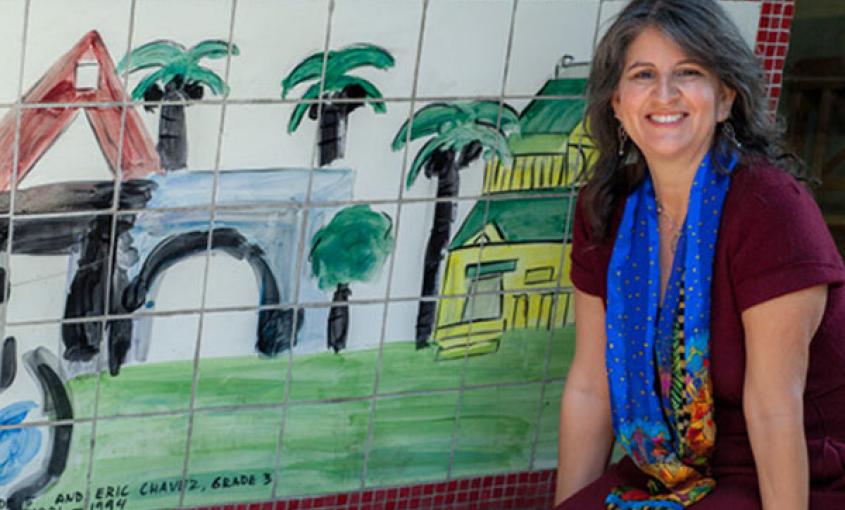 Mica Estrada is an associate professor at the UCSF School of Nursing.

In spring of 2018, I looked out at an audience from the Hispanic Chamber of Commerce in San Diego and began to talk about climate change disruptions coming to our community. As director of Climate Education Partners of San Diego, I often found myself speaking to various audiences of influential people about how the changing climate was impacting San Diego, but I never uttered a word about the science of climate change. I never talked about the parts per billion of CO2 in the atmosphere or showed them the famous “hockey stick” of exponential change coming our way. Instead, we showed simply pictures of what they could expect (based on the best science provided by our Scripps Institute of Oceanography collaborators), while utilizing the Tripartite Integration Model of Social Influence.

Before speaking with any person or group, the communication specialist on our team, Steve Alexander, would advise us “Know their WIFM!” (i.e. what’s in it for me?). Sometimes we had to do some homework, but we knew that realistically, this was where effective climate education began.

With the WIFM knowledge, we tailored a message for each group that had three attributes.

First, we connected climate knowledge to what people can do given their positions (i.e., efficacy).

Second, we connected climate knowledge to how they belong to a community of people concerned about climate change. The key message here is “you are not alone.” We created videos and reports that highlighted their peers and known leaders to help demonstrate that there was indeed a community of shared concern.

Third, we connected climate knowledge to the values of the audience. The most commonly emphasized value we used was valuing a healthy future for our children and our children’s children. Thus, when I spoke to the Hispanic Chamber of Commerce, the message emphasized family and the impacts for the Barrio Logan community, an area near where I was speaking.

We found that making sure our communications with leaders in San Diego held these three components of efficacy, community and values was very effective. Between 2011-2018, our National Science Foundation-funded project provided 145 educational events with over 7,000 attendees in San Diego County. Many of these events included highly influential social movers and leaders in our community. By the end of the project, many of the leaders with whom we worked not only knew more about the causes and consequences of climate change, but were able to use our communication strategy when they communicated about climate change with their constituencies. Aspects of our approach have now been used by other cities.

Climate change is a critical issue. Engaging people in these discussions and solutions benefits from communicating more than the scientific facts. We also can weave in information that builds learners' efficacy, identification and values – resulting in meaningful connections to the community of concern and action.